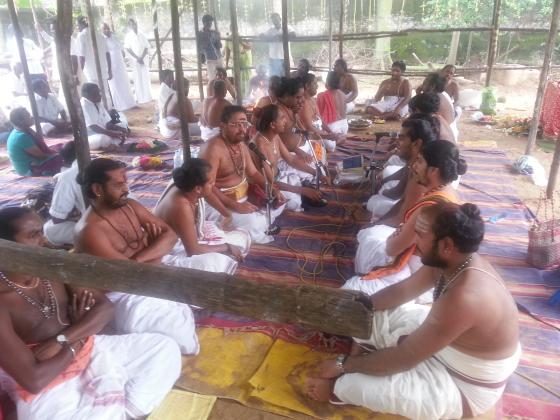 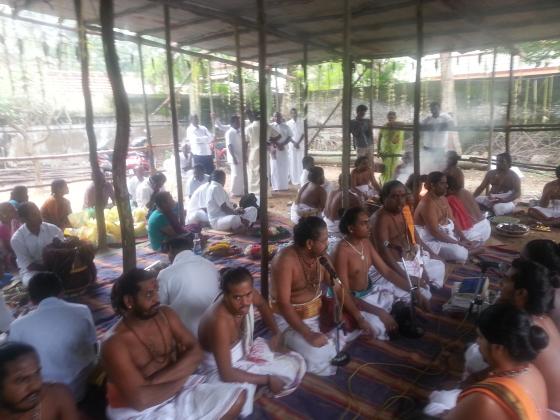 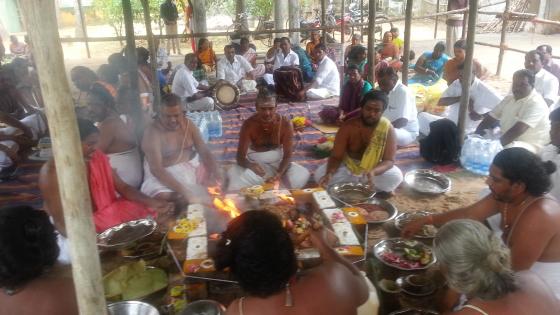 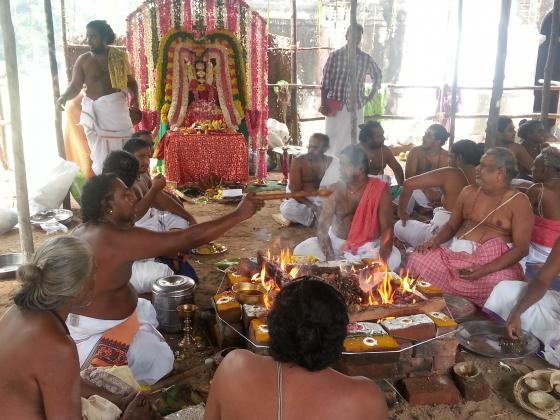 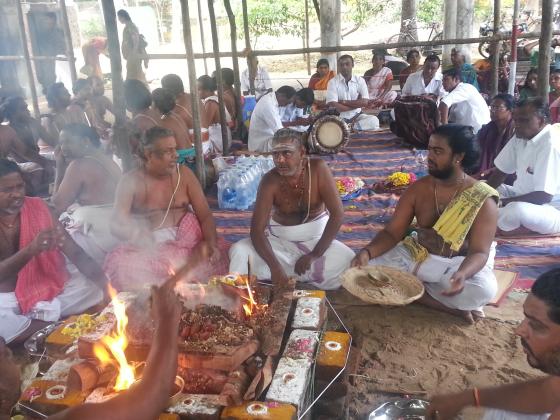 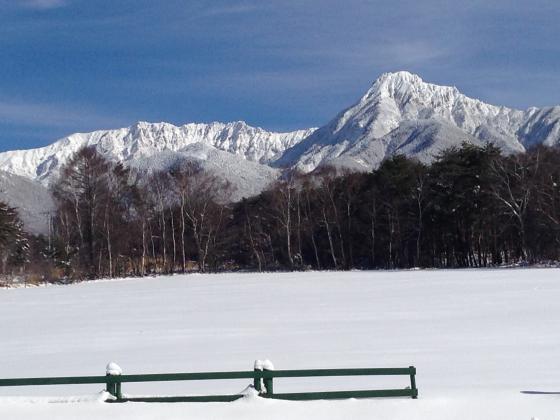 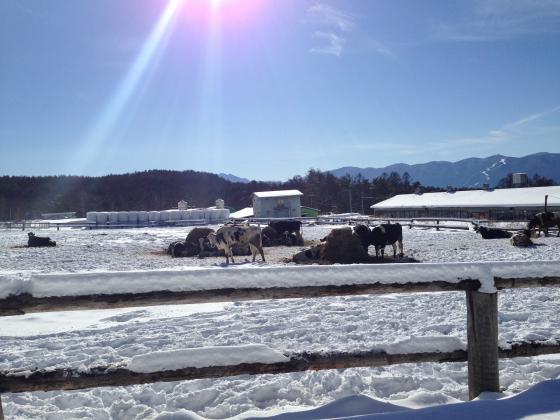 AUM SRI SAI RAM
Sai Bharathi Planetary Projection for
SANI PEYARCHI- TRANSIT OF SATURN 2014
Agastya Tamil Varudum Jaya - Agastya Solar Year Jaya, Year of Victory
Month - Markalia (Magashira) 1st day
Day Tuesday 16 December 2014
Nakshatra (star, asterism) Vishakha, 4th Pada (part)
Transit of Lord Shani Dev from Tula (Libra) to Vrishickha (Scorpio)
イメージFrom the 16th December, 2014, the planet Saturn will transit from the sign of Libra into Scorpio. Scorpio is not at all a favourable sign for Saturn to occupy. As of late July 2014, Saturn is in Tula (Libra) where it is in exaltation. Saturn will then move from Libra to Scorpio, where Mars is the sign lord. Mars is neutral to Saturn, Saturn is enemy towards Mars.
Lord Shani Dev - Saturn is going to stay in its opponents house for the next 2 1/2 Years. Hence the incoming year 2015 is going to make dramatic changes into the life of everyone by bringing unexpected surprises.

イメージ
Mangal Gochara Tula
Mars Transits Libra 16 July to 1 September
From 16 July to 1 September, Mangala - Mars will transit Tula, Libra. Sign lord is Venus, Mars is neutral to Venus, and vice-versa, Venus is neutral to Mars. At writing this, Mars and Venus are in kona relation, 5/9 houses. Navamsha lords of Mars and Venus must be favourable for this to work well, otherwise Mars goes into Tula with excessive force, damaging, almost crushing vigor. Gochara, transit, Lord Shani Dev is in Tula and stations for sometime before going direct. Mars will transit, approach, come within the orb of influence and engage in planetary war with Lord Shani Dev.
The combination of Saturn and Mars in Libra it is making lots of problems around the world. There will be many air accidents (Libra is an Air sign, Sani Bhagwan is a vata planet) road transportation and revolutions within nations, and borders of nations. There may be wars in the border regions, heightening of pitta elements (explosions) in the South and South West. There will be more problems in the North East also, indicating possible nuclear problems. With respect to border relations, former resolutions of border disputes may be restarted - where there is calm at present, these calm borders may be challenged with force again, and old enemies reopening formerly settled issues.
イメージ
THIRUNARAIYUR TEMPLE
20thDec 2014,From 6 am to 2pm, Thirunaraiyur Saturn Temple.
Lordsaniswaran living with two wife and two child. The only place availalable saniswaran with family in the Universal. He also called as mangala saniswaran. According to legend when King Dasaratha ruled the entire world, Saturn was to pass through Rohini star after staying in Krithigai, on one occasion. Sage Vasishta and others told Dasaratha that if Saturn did so it would spell doom for the world. There would be famine everywhere for 12 years and animals and human beings would be put to much hardship. He requested Dasaratha to prevent it. Dasaratha immediately got into his fast-moving chariot, carrying all Divine weapons and reached the star, Rohini. He saw Saturn moving in his golden chariot towards Rohini and sent the Divine weapons including the “Samhara Asthram” towards him.
Saturn, laughing at the king’s futile attempts, told him that He could destroy anybody by His mere look. The powers that Dasaratha had got through severe penance, austerity and Divine grace prevented Saturn from eliminating him. Dasaratha requested Saturn not to pass through Rohini and thus spare the world from experiencing famine for 12 years. Saturn was immensely pleased with the king’s concern for the welfare of his subjects and granted the two requests. He also told him that if he visited Thirunaraiyur and bathed in the tank there he would appear before him. Dasaratha did accordingly and Saturn appeared before him. Saturn born to Chayadevi and Suryan (Sun God), takes 30 years to go round the Sun and hence he is called a slow mover. He takes two and a half years to move from one zodiac sign to another. As Thirunaraiyur is the place where He appeared before Dasaratha, it is considered to be an important place of Saturn worship. It is said that in no other place, including the more famous Thirunallar temple, is He worshipped along with his two wives, Mandhadevi and Jyeshtadevi (also known as Neeladevi) and his two sons, Maandhi and Guligan. According to the puranam, Lord Rama and Anjaneya, during their return from Lanka to Ayodhya, visited this place.
Saturn is said to go round the legendary Meru Parvatham everyday and embrace it. He was born on a Saturday with Rohini as His birth star. He rides a vehicle pulled by the eagle and carries a bow, an arrow, trishul and gatha in his four hands. He is fond of stotras praising him and the food most liked by Him is rice mixed with gingelly, coconut and jaggery.

On 20th Anuradha star, Saturday, There we are doing Rudra Homam, Japam, Abhishekam and also chanting Saturn japam for 19,000 times . In Thirunellaru temple also we are doing pooja on same day because, Saturn star `anuradha, Saturn day is Saturday and lord Siva tithi of Trayodasi.`

Saturn in Scorpio
Saturn, when placed in this sign of Mars, is in a hostile environment. This water sign, filled with hidden energies, thoughts, and non-comformist learning, is sabotaged by Mars, who is counter-active, invasive and aggressive towards the slow, steady disciplines of Saturn and all the structures Saturn puts in place to have order in the environment.

When placed in Scorpio, Saturn resists the mysterious, invasive, penetrating, unexpected, disastrous, implosive and catastrophic characteristics of Scorpio. Although Shani cannot prevent what Scorpio hides from the public view, Shani can prevent these hidden behaviors from moving forward.

Lord Shani Dev resists sudden transformations, new identities emerging after catastrophic change.
Mundane Impact of Transit of Scorpio
The transit of Saturn through Scorpio will have a negative impact on the world’s financial markets, in particular the status of those markets in the South Westerly direction, South America.
Those areas will be affected by earthquakes, fires and flooding. Also affected will be the south east –Japan, New Zealand. There will be much turbulence.
From December 16th 2014 to July 15th, 2015 an average of 50% of people will be affected and will suffer difficulties.
After July the 15th, 2015 Jupiter transits to Leo. Saturn will no longer receive the 5th - benefic - aspect of Jupiter. There will be many disasters around the world. Many people will suffer from a great amount of unemployment.
However, the Moon/Sun signs of Gemini, Virgo, Capricorn and Pisces will actually benefit from this transit as Saturn will help those born under these signs.
It is recommended that the people who are affected negatively by this Saturn transit, and they are, the people born under the signs of Aries, Taurus, Leo, Cancer, Libra, Sagittarius and Aquarius will benefit greatly by performing the Rudra prayer to Saturn and also it will be beneficial to chant Japam and carry out Abishekham.
On the 20th December, 2014 there is a plan to complete a World Peace Prayer. It is highly recommended that all who are able participate in this prayer. The world is in need of this and it will be of unprecedented benefit for humanity. It will be performed in Tirunallar, Tamil Nadu, here in the Sacred land of Bharat.

The name “TIRUNALLARU” is said to represent the association of Nala of the Nishadha country who got his deliverance from the evil effects of Shani (Saturn) by invoking the Lord’s mercy here. (Nala+Aru-Nallaru). The word “Aru” also conveys the meaning “to heel” and the two words taken together will mean Nala’s place of redemption or the pace where Nala secured his redemption from the hold of Saturn through the Lord’s Grace.
図を挿入しています...
Pooja will be held on 20th December 2014 , from 2pm to 9 pm, Ejamanasya sankalpam, Japam, Abhishegam and also distributing Prasadam , Annadhanam and Vasthira dhanam,

Lord Darbaraneswara Temple - parivala sthalam
There is a small lake by name Nala theertha near the temple. There is an idol of Nala and Damayanthi in the middle of the lake. People take bath in this lake before proceeding to the temple.

In Puranic times King Nala is said to have been relieved of his afflictions, which were due to the malefic influence of Saturn, after worship in this Tirunallar Saniswaran Temple. Of the numerous tanks of theertams (in ground water pools), the Nala theertam is the most important one. One have to take bath in this nala theertam in order to get relived of dosham (ill-effects) of Lord Shani Bhagavan. When the Planet Saturn transits between zodiac signs, literally millions throng this shrine.

The main deity in the temple is DHARBANGESHWARA. The Shiva Linga is dedicated to Dharba, a holy grass. This grass grows in the temple. There are five gopurams and a Mantap in the temple. After the darshan of shivalinga you proceed towards the Shani temple. The Shani idol is beautifully decorated.

When you go round the temple for doing pradakshina you will see statues of Subramanya, Aadishesha, Nala, Narayana, Mahalakshmi and Bhairava.
Puttaparthi Agastya Astrologer Sai Bharathi will attend on the 20th December, 2014 to complete a World Peace Prayer. It is highly recommended that all who are able participate in this prayer. The world is in need of this and it will be of unprecedented benefit for humanity. Sai Bharathi is happy to do seva for all who wish to participate in this World Peace Prayer.